BATTERIES are notoriously hard to improve. Nowhere was this more apparent than at the opening last week, on July 29th, of Tesla’s Gigafactory, a massive battery plant in Nevada. According to its boss Elon Musk, Tesla built the factory because wringing more efficiency out of batteries is far more difficult than optimising the process by which they are made.

It is an ironic coincidence, therefore, that last week also saw the publication, in Nature Energy, of a paper outlining a way of making a battery whose prototype stores twice as much juice as the lithium-ion cells the Gigafactory will turn out, and which could eventually do better than that. The new battery, brainchild of Ju Li of the Massachusetts Institute of Technology, is some way from commercialisation, but its design is such that commercialising it should not be hard. 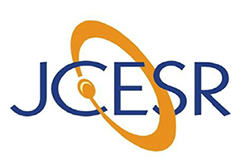 alpha-En Corp has developed a patented process for the production of pure lithium metal and associated products produced at room temperature. alpha-En’s electrodeposition method produces thin films of highly pure lithium on a myriad of substrates. We believe that our lithium metal anodes will be an enabling technology for next-generation batteries.